Soil Is A Way Of Life, But What Is Living Soil? – Good Earth Organics Skip to content

Planting Your Organic Garden | A How To Guide

BOOST 6-6-3 | Revitalize and Refresh Your Soil Our preferred definition of living soil is the community of microbes working together breaking down organic matter which, in turn, provides valuable nutrition to the plants.

Soil microbes are essential for decomposing organic matter and recycling old plant material. Microorganisms are the unseen majority in soil and make up a huge part of soil’s genetic diversity. This means easier absorption of nutrients by plant roots, reduced need for watering, limited erosion, and improved aeration. A combination of organic materials such as compost, coco coir, peat moss, aged tree bark, manure, worm castings, and more can be used to make a base for living soil. Like all living things, soil needs water, and flows water along the path of least resistance to bring hydration and nutrients to plant roots. Water remains in the soil by storing itself in porous minerals for later use.

Most beneficial life requires oxygen to survive and the complexity of living soil ensures air and moisture are continually cycled to keep roots oxygenated and allows plants to breathe. Organic soil additives must be broken down by microorganisms for plants to use them and three important microorganisms for living soil to function properly are bacteria, actinomycetes, and fungi.

Bacteria are single-cell microorganisms that exist in most of the earth’s habitats and are the most dominant group in soil. Bacteria are present in all types of soil but their populations diminish with the increase of soil depth. Though bacteria can live under starvation and dehydration conditions they reproduce quickly when optimal water, food, and environmental conditions exist. Having a diverse bacterial population increases soil productivity and crop yields over time, while also assisting in decomposition.

Actinomycetes are similar to bacteria and fungi, but do not have the chitin and cellulose found in the cell walls of fungi. The deeper your soil, the more actinomycetes will be found as their numbers increase in the presence of decomposing organic matter. Temperatures between 77°F and 86°F are ideal for actinomycetes growth and the most commonly found are thermoactinomyces and streptomyces which help prevent molds, mildew, and other soil pathogens.

Fungi are second only to bacteria in their abundance in soil and the quality of the soil has a direct effect on their numbers. They are found in all soils and have filamentous mycelium, composed of individual hyphae. The quality and quantity of organic inputs present in soil have a direct effect on fungal numbers. Degradation of organic matter along with help in soil aggregation are the main functions of fungi in soil. Additionally, certain species of fungi produce substances similar to humics in soil which improve nutrient uptake in the root zone. Some fungi also aid in the mobilization of soil phosphorus and nitrogen — two of the three most important minerals — into plants. With this industry, in particular, establishing roots becomes much less challenging when mycorrhizal fungi are introduced. “Myco – rhizal” literally means “fungus – root” and describes the mutually beneficial relationship between the plant root and fungus. These specialized fungi colonize plant roots and extend far into the soil to acquire resources beyond the “nutrient depletion zone” that plants can’t access alone. Mycorrhizal fungal filaments in the soil are truly living extensions of plant root systems and are more effective in nutrient and water absorption than the roots themselves as hyphae, or fungal roots, grow much faster and longer than the roots of the plant itself. This expands the surface area of the plant root allowing for increased access to nutrients, water, and oxygen.

There are many ingredients that work synergistically for optimum growth effects and less environmental impact. It is up to the individual which ingredients they prefer, but I recommend a blend of coco, peat, and compost to start. After accomplishing a drainable media you can begin working in the biologicals and bringing the soil to life.

Growing with organic inputs and methods not only provides healthier plants because they are grown without toxic or persistent pesticides or fertilizers, it contributes to a healthier planet. Growing in organic living soil builds carbon with less waste while keeping toxic and persistent pesticides and fertilizers out of the soil, water systems, and our bodies. Many books have been written about living soil and this is just a small glimpse of its importance to businesses in the industry. For me, it breaks down to dollars and sense, as it does with many businesses that care about their bottom line. Living Soil allows for the grower to reuse soil for many years, saving them money on labor, fertilizer, and growing media. As growers, we are always working toward minimizing our carbon footprint and living soils empower growers to consistently achieve higher yields and organic purity. 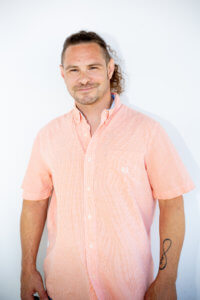 Lee Spivey is the Marketing Manager for Good Earth Organics, Inc. a premium potting soil manufacturer in Oregon. As the driving voice behind the brand, it is his personal mission to make the world aware of the benefits of using organic living soil. After seven years with the company, he is well versed in the science behind the soil and the organic mission behind the brand.

Good Earth Organics, Inc. shares this passion for clean, living soil and has a vision to bring GEO products to growers everywhere that care for increased yields and organic purity.

NCIA Blog
Back to blog